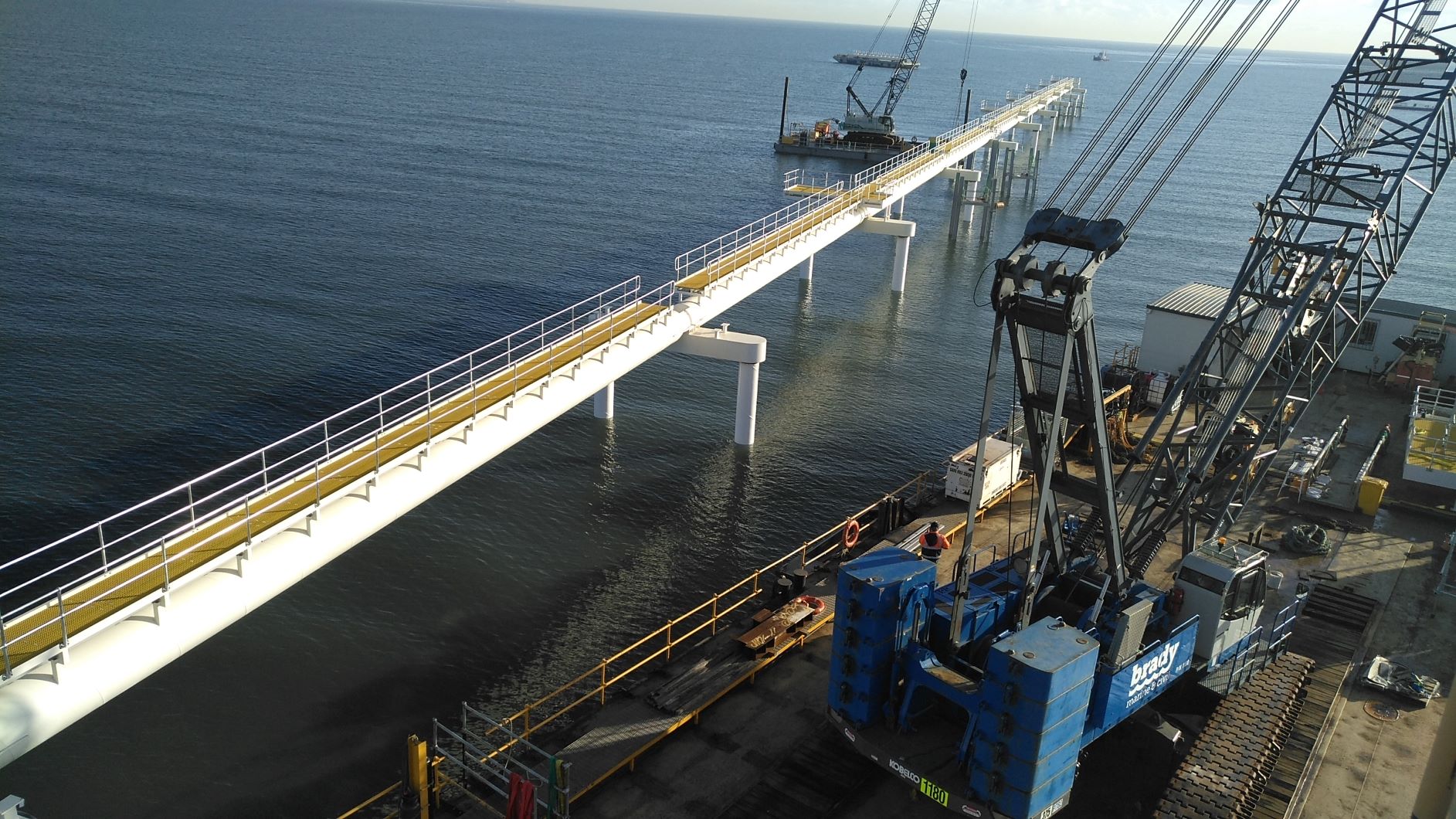 Brisbane’s New Parallel Runway is currently under construction with the aim to expand the current runway system to effectively double its current capacity. Part of the project involved the construction of the high intensity approach lighting (HAIL) north and south structures. The lights will extend 720m from both the north and south of the new runway and span approximately 370m into Moreton Bay at the northern end of the runway. The scope involved offshore and onshore piling, 14 headstocks over water, the drilling of precast walkway to suit the as-built location of the headstocks and generation of as-built models.