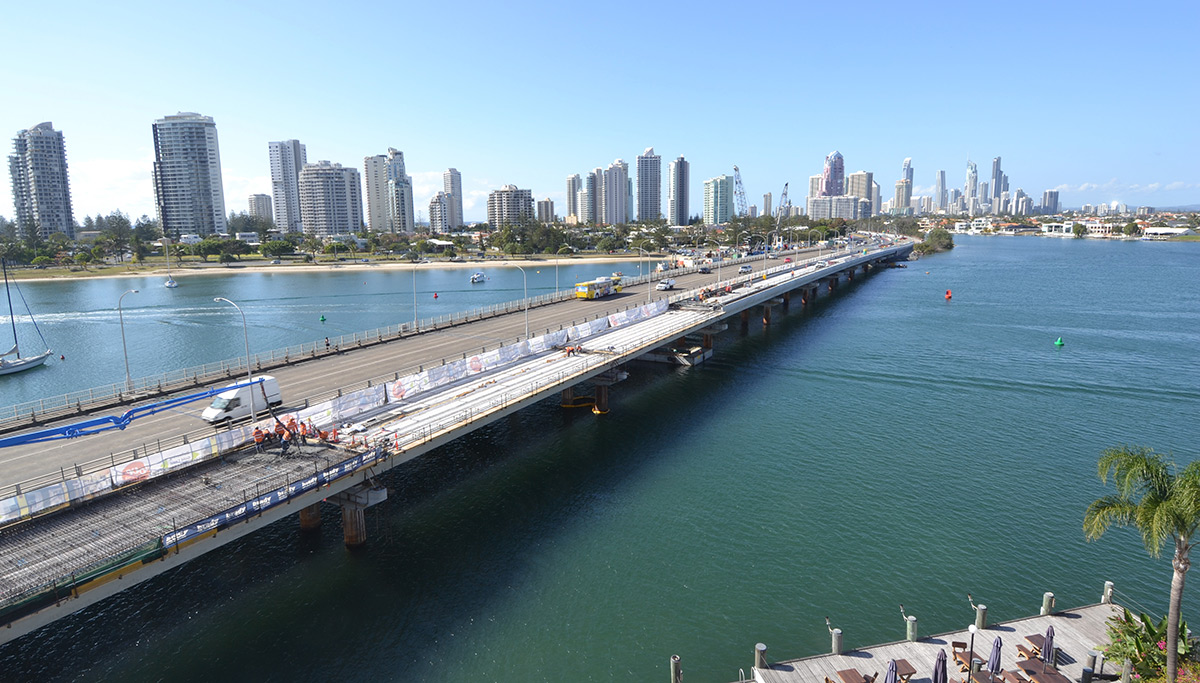 The Gold Coast Rapid Transport project is one of the biggest public transport initiatives in the country, and the biggest transport infrastructure project ever undertaken on the Gold Coast. As Queensland’s first ever light rail system, it represents a major step forward in transforming the city into a modern, accessible destination.

Our scope of works involved surveying for the construction of a 370 metre light rail bridge spanning the Nerang River. This involved offshore piling, headstocks, deck girder installation and cast insitu concrete works. When this was complete a second 370 metre pedestrian and cyclist bridge was constructed parallel to the rail bridge.